The Lesser Key of Solomon 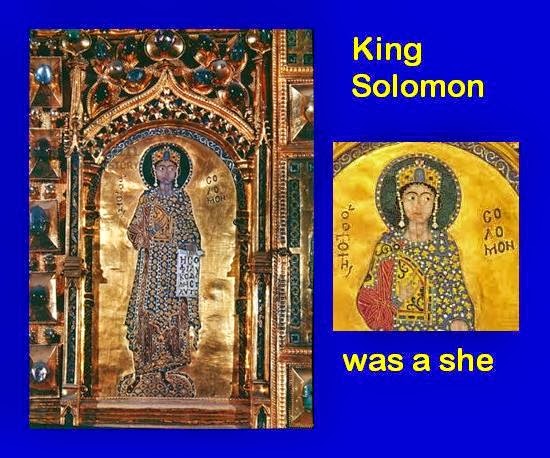 This icon of "king" of Sun and Moon looks like woman.

It is in Venice in Pala D'Oro

The title of the first section of The Lesser Key of Solomon, containing descriptions of the seventy-two entities that King Solomon evoked, and confined in a bronze vessel sealed by magic symbols. King Solomon had them work for him, it is said, in the construction of the .


there are 3 posibilities in the name of Solomon; 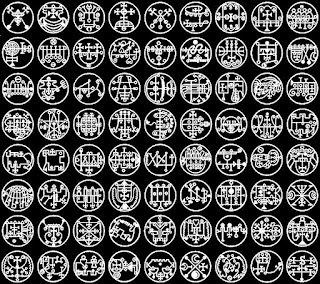 Excerpt: "In the book ANCIENT PAGAN SYMBOLS,
the hexagram is called Solomon's Seal, not David's.
It says...
1.      The star was mentioned and condemned by the God of Israel in Amos 5:26 and it was called by Him, `the star of your god, Moloch' or otherwise called `Chiun'. Reference to Amos 5:26 and the Israelites having it in the wilderness was also made in Acts 7:43. Here it was called the Star of Remphan. All these names refer to the `god' Saturn."


In Chapter 18
the demons of the 36 decans appear with names that sometimes seem to be conscious distortions of the traditional names for the decans and claim responsibility mostly for various ailments and pains. They provide the magical formulae by which they may be banished. For example, the thirty-third demon is Rhyx Achoneoth who causes sore throat and tonsilitis and can be driven off by writing the word Leikourgos on ivy leaves and heaping them into a pile.