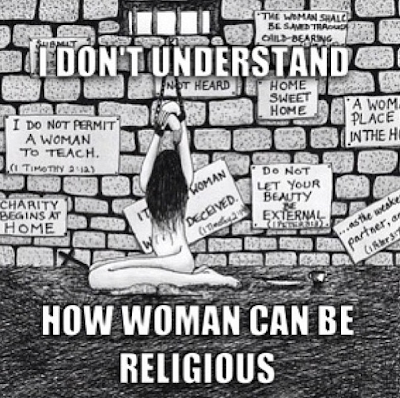 Man that is born of a woman is of few days and full of trouble. He cometh forth like a flower, and is cut down: he fleeth also as a shadow, and continueth not. And doth thou open thine eyes upon such an one, and bringest me into judgment with thee? Who can bring a clean thing out of an unclean? not one. (Bible, Job 14:1-4)

When I was less then 15 I heard women talking about their husbands seamen.
During long periods at sea, seamen would hold a cat on the board that they would kick her teeth out so she could suck on them without  risk for their falluses.
They would also keep cat starving from hunger. 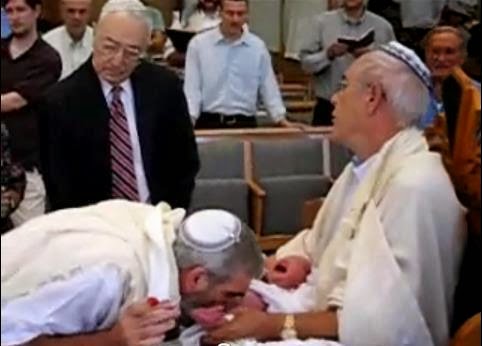 Man is a victim of a "glorified murder image" where he was pushed to wars to bring "goodies" for his Kings and Churches and masters of all colours and kinds. Man lives in a false-fallus ego or image that prevents him to become true self, he is pushed into it cause they have use of him always having to "prove" he is "the man"! But hey, if he doesn't make it, blame her! That's what she's for! That is a role women took upon herself not even questioning it so please don't think of my words I'm saying, think about the silence of the unspoken and unquestioned! 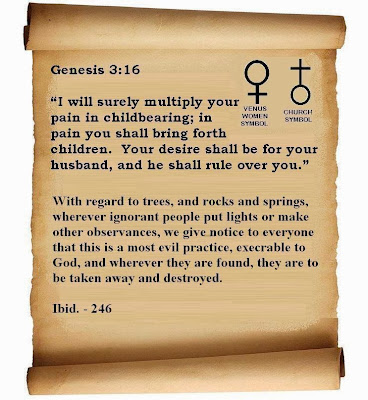 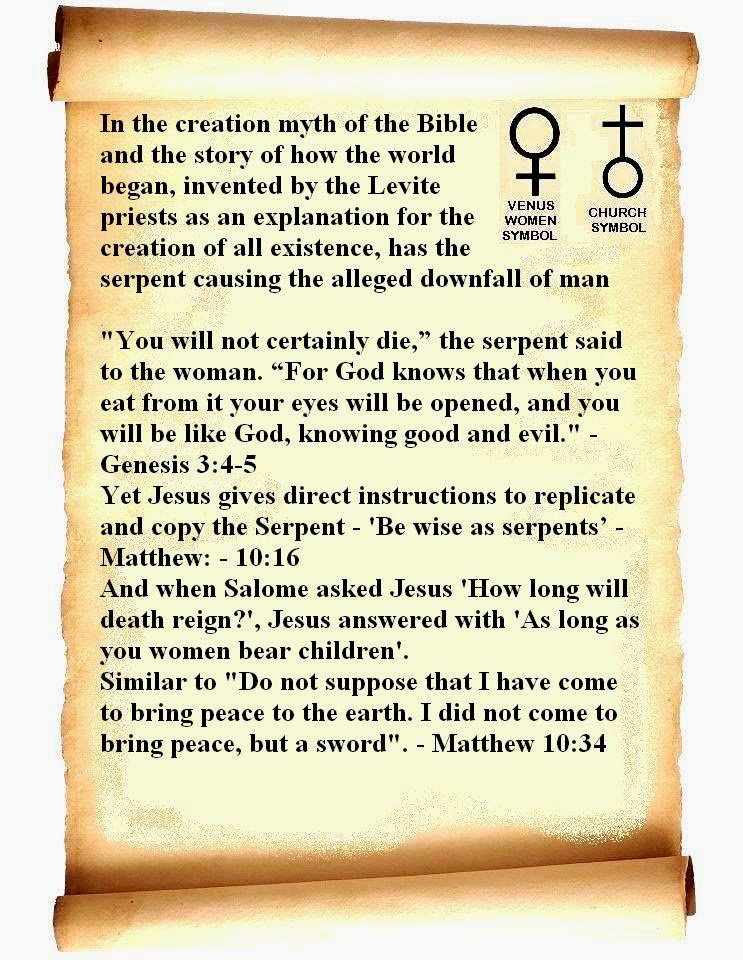 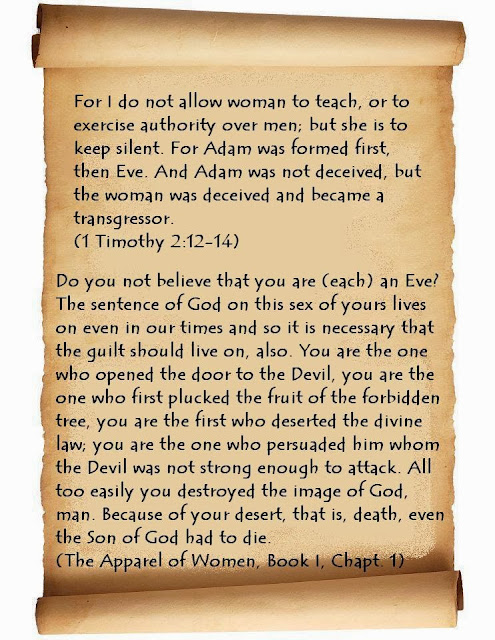 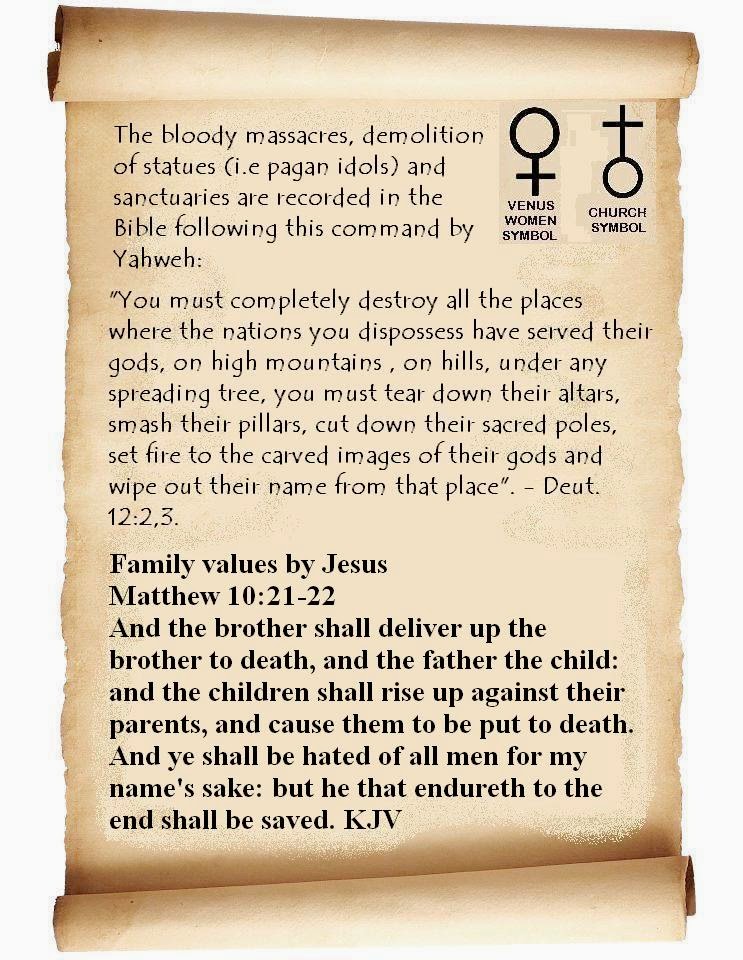 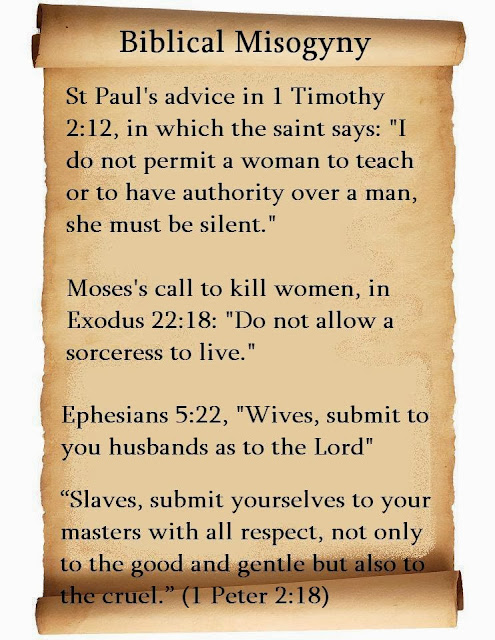 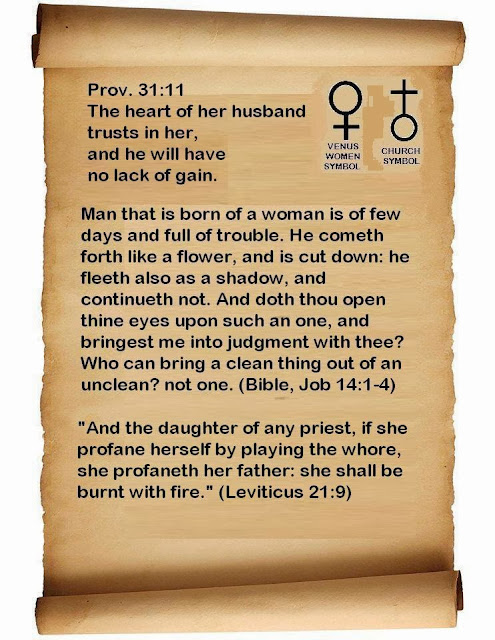 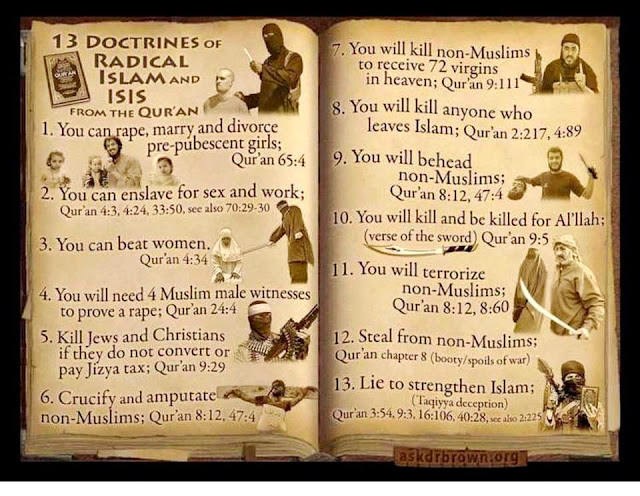 Men are in charge of women, because Allah hath made the one of them to excel the other, and because they spend of their property (for the support of women). So good women are the obedient, guarding in secret that which Allah hath guarded. As for those from whom ye fear rebellion, admonish them and banish them to beds apart, and scourge them. Then if they obey you, seek not a way against them. Lo! Allah is ever High, Exalted, Great. (Quran 4:34) 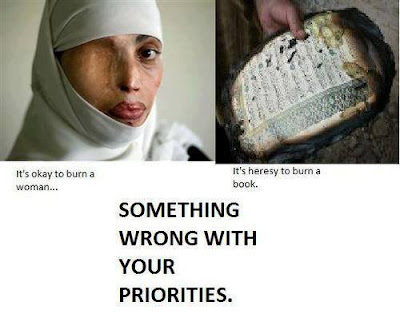 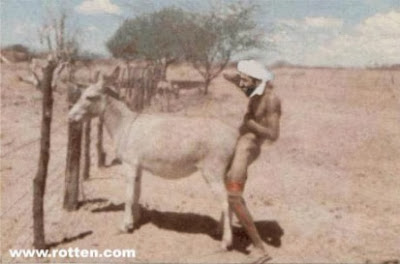 Aisha ra 6 when married to Muhammad, 9 when marriage was consumated ...http://www.youtube.com/watch?v=Cs6qDHpbbME

Bolivia passes the law which declares
"Mother Earth" has rights!
This aproach is fundamentaly wrong because WE are dependant on Earth and not the other way around. We can not give HER any rights, she dies, we die. What bothers me is arrogance and machism of Bolivian president that even dare to put it this way. All other bullshit have started from this arrogace and egoism of humans, formostly men.
Pathetic!

CHRISLAM - misogyny on rise, men first to join the club. 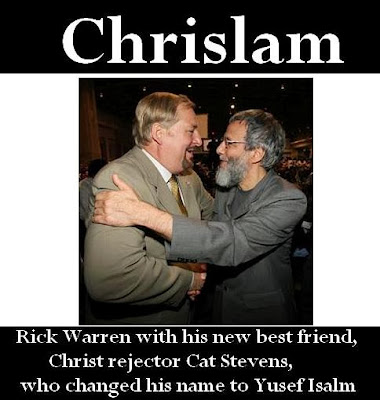 “And unto the angel of the church of the Laodiceans write; These things saith the Amen, the faithful and true witness, the beginning of the creation of God; I know thy works, that thou art neither cold nor hot: I would thou wert cold or hot. So then because thou art lukewarm, and neither cold nor hot, I will spue thee out of my mouth.”Revelation 3:14-16
Pastors that are really wolves in sheep’s clothing
You knew this day was going to come, when the liberal “love gospel” preachers who, desiring to fill their seats and bank accounts, would find a way to merge apostate Christianity with the Devil’s religion of Islam. That day is here.

Quote of the Day: “Before we “shake your hand” in responding to your letter, we ask forgiveness of the All-Merciful One and of the Muslim community around the world.” – Rick Warren, one of the main signers of theYale Covenant For Islam and Christian UnityIN 2009, Rick Warren, founder and pastor of Saddleback Community Church in Orange County California, addressed the convention of the Islamic Society of North America. Warren stated that Muslims and Christians must work together to combat stereotypes, promote peace and freedom, and solve global problems. Christians and Moslems – faith mates, soul mates and now work mates! Chrislam!
This weekend, the Memorial Drive Presbyterian Church in Houston along with Christian communities in Atlanta, Seattle, and Detroit will initiate a series of sermons that have been designed to produce an ecumenical reconciliation between Christianity and Islam. In addition to the sermons, the Sunday school lessons will center on the inspired teachings of the Prophet Mohammad. Qurans will be placed in the pews next to the Bibles.
(NOTE: Due to the overwhelming response that this article has generated, the Pastor of Memorial Church has issued a semi-denial of the events we reported. They do not, however, deny supporting and teaching a doctrine called “Jesus in the Koran. Click here to read their semi-denial. So until other information is made available to NTEB, we will run the story as is, along with their side, and you the reader can decide what’s going on.)
The concept of Chrislam, now embraced by such preachers as Rick Warren and Robert Schuller, appears to have emerged from a program on the meaning of “love your neighbor” at Grace Fellowship Church in Atlanta, Georgia “In 2001, like most Americans, we were pretty awakened to the true Islamic presence in the world and in the United States,” says Jon Stallsmith, the outreach minister at Grace Fellowship. “Jesus says we should love our neighbors. We can’t do that without having a relationship with them.”

Stallsmith maintains that a rapprochement between Muslims and Christians can be achieved by the fact that Jesus is mentioned twenty-five times in the Quran.
The Chrislam movement has gained impetus by statements from President George W. Bush and that Christians, Jews, and Muslims all worship the same God and by Rick Warren’s reference to Isa (the Muslim name for Jesus) in his prayer at the inauguration of President Barack Obama. Only 30 percent of Americans have a favorable view of Muslims, according to a Pew Forum poll. At the same time, more than half the country says they know “not very much” or “nothing at all” about the Islamic faith.

“The recent political developments and the fact that we’re fighting two wars in Muslim countries should sharpen that need to know how to talk to these guys,” Stallsmith insists “We want to find peace, reconciliation around a scriptural understanding of Jesus.”
Jesus in the Quran is neither the only-begotten Son of God nor the Messiah who was divinely appointed to restore the House of David. He is rather viewed as a prophet who was appointed by Allah to prepare mankind for the coming of Mohammad.”